Uruguay may be the smallest Latin American country, but it’s well on its way to becoming a “Mini Silicon Valley.” Take for example that Uruguay has emerged as the #1 global leader in software exports per capita in recent years.
‍

Here companies can leverage industry-leading professionals with elite developer and English skills, plus a track record of outsourcing to the U.S. Let’s take a closer look at how Uruguayan talent can drive your company’s software development efforts.
‍

‍Uruguay at a Glance
‍

Despite its small size, Uruguay offers a high-quality pocket of talent with more than 15,000 well-educated developers and nearly 400 tech companies – for a total of nearly $1 billion in software exports every year.

In addition, Uruguay has a first-rate track record of outsourcing software development to the U.S. More than 74% of all IT services in Uruguay were exported to U.S. companies, with the U.K. and Chile also earning top spots.

The IT Ecosystem in Uruguay

Uruguay has a deeply rooted IT ecosystem that combines tech initiatives, an innovative startup culture and a U.S.-focused outsourcing track record. Here are some of Uruguay’s greatest strengths as a tech hub.
‍

Uruguay has exciting programs for incubating tech talent and accelerating software outsourcing services. Some key government-led and private initiatives include:

Uruguay has an energetic startup scene, with a regional rank of 6th and a global rank of 56th. According to the Startup Ecosystem Report 2022, the capital Montevideo is also highly ranked as the 13th top city for startups in South America.
‍

Uruguay’s top innovation is also seen in its successful startups. It achieved its first unicorn company in 2020 with dLocal – and this is just the start. Bloomberg predicts several more unicorns emerging from Uruguay in coming years.
‍

What’s more, Uruguay has a highly active developer scene, with tech events such as MueveUY, Science and Technology Week and Girls in Tech Uruguay, as well as regular meet-ups including TestingUy, Angular MVD and Hackspace UY.
‍
‍

Uruguay has been particularly successful in digital spaces and movements, including Fintech. According to the Global Fintech Rankings 2021, Montevideo has been named as the #2 rising city in the world for Fintech, as well as #2 in South America and #44 globally.
‍

Overall, Uruguay has become a leader in digital movements across the board. Not only did this nation top the charts for Digital Risers in 2021, but it was also selected as the first Digital Nation in Latin America.
‍
‍

As the #1 global leader in software exports per capita, Uruguay is a premium choice for software development outsourcing. In South America alone, it beats out giants such as Argentina and Chile in terms of IT exports.

Specifically, Uruguay has shown excellence when it comes to exporting software to the U.S., which accounts for 74% of IT outsourcing services. That said, the U.K., Chile, Spain and Mexico all report more than 2% of exports as well.

In addition, big-name brands were founded or have set up shop in Uruguay, showing its overall appeal for tech businesses such as:
‍

How do you hire a developer in Uruguay? Get in touch with TECLA to connect with the best nearshore Uruguayan software engineers.

Uruguayan developers belong to an elite tech force that’s highly educated, skilled in a variety of languages and proficient in English. Here’s what your company can expect from the typical Uruguayan software developer profile.
‍

Uruguay’s talent pool has reached a stunning 15,100+ software developers, with government-led initiatives such as Jóvenes a Programar predicted to boost this number in the long term.
‍

Uruguayan developers are also well-educated, with 76% of IT professionals having a university degree (compared to 26% in the general workforce).
‍

According to Coursera’s developer skills tests, Uruguayan programmers rank highly for areas such as:
‍

Overall, Uruguayan engineers boast of a range of developer skills and are especially well-versed in JavaScript languages and frameworks.
‍

In addition, 98% of Uruguayan IT workers have English proficiency, while 51% have Portuguese proficiency. The EF EPI rankings also confirm Uruguay’s top English skills with a global score of 53.

Uruguay is located in the GMT-3 time zone, which is just one hour ahead of New York City. This allows Uruguayan developers to have great overlap with the typical U.S. workday, resulting in enhanced real-time communication.
‍

The Cost-Effectiveness of Hiring Developers in Uruguay

Hiring Uruguayan developers is also quite cost-effective compared to the U.S. and Europe. Let’s go over the average rates of choosing Uruguayan IT professionals for your next project.
‍

While the final salary cost will depend on the developer’s skills, years of experience and specialization, you can get a general sense of the price with our table below.

Overall, Uruguay is small but mighty when it comes to software development outsourcing services. This nation is the #1 software exporter per capita and has an excellent track record in providing IT services to the U.S.
‍

Uruguay is also a rising star when it comes to producing top digital skills and developer talent, so take advantage of its people power. As you build your next software outsourcing team, leverage our vetted talent pool of Uruguayan developers via TECLA. Looking for top software engineers and tech talent?
Book a Call
Are you a tech professional?
‍
Land your dream remote job! 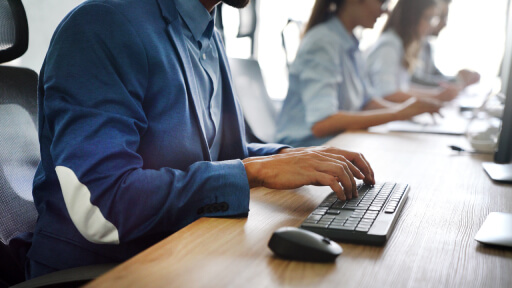