NoSQL vs. SQL: Which is Best for Your App's Stack? 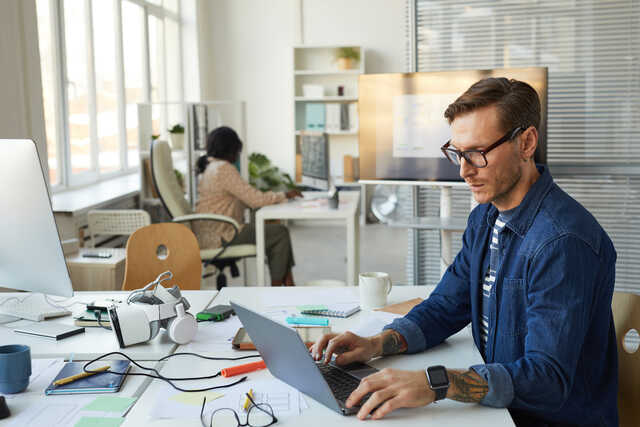 When it comes to database management, there are two main types of systems: SQL and NoSQL. Both systems have their own benefits and drawbacks, so it can be difficult to decide which system is right for your specific needs. In this article, we'll explore the differences between SQL and NoSQL databases, and help you ultimately decide when it's best to use each system.

What Is the Difference Between SQL and NoSQL?

SQL and NoSQL vary significantly from each other with regard to their features as well functionality. SQL is an established standard language used for managing large amounts data whereas the newer version known as “NoSQL” was developed in the late 1990s, specially made for handling huge volumes at low cost without sacrificing performance.

What Are the Benefits of SQL?

SQL is supported by all major DBMS providers, meaning you can switch if needed without worrying about compatibility issues or losing your data! In addition, SQL provides many features to help manage and create query databases and edit table structures. The functionality of SQL is easy with its powerful search functions available in each iteration of its program.

What Are the Disadvantages of SQL?

SQL is not well suited for storing data without following schema restrictions, so if your input doesn't fit into any pre-existing categories, it will most likely be challenging to use SQL databases with any confidence or efficiency!

What Are the Benefits of NoSQL?

The benefits of NoSQL are that it does not require knowledge about database languages like SQL, and its syntax is easy to learn. With these two factors in mind, companies can quickly scale up or down without worrying if they will run out of data storage space due to an expensive licensing fee.

What Are the Disadvantages of NoSQL?

NoSQL has many disadvantages, including its lack of power and features. It can't perform many actions as SQL does; however, it is still more powerful than most other database languages today!

NoSQL isn't a standard thinking process like HTML/CSS, which means you may have trouble finding experts.

Which Is Faster, SQL or NoSQL?

There is no simple answer to this question, as it depends on the specific circumstances. However, in general, NoSQL databases can be faster than their SQL counterparts, as they are better suited for handling high volumes of data. Additionally, NoSQL databases are often easier to scale than SQL databases, making them a better choice for large-scale applications.

That being said, there are some cases where SQL databases outperform NoSQL databases. For example, if you need to run complex queries or perform data analysis, an SQL database is likely faster.

Which should I choose, SQL or NoSQL?

When it comes to choosing a database for your app, there is no clear answer as to which one is better – SQL or NoSQL. Both databases have their own strengths and weaknesses, and the choice of which one to use will depend on the specific application and environment.

Here are some things to consider:

One of the biggest benefits of NoSQL databases is their scalability. They can handle large-scale operations more easily than SQL databases. If your app is expecting high traffic or you need to store a lot of data, then a NoSQL database is a better option.

NoSQL databases are also more flexible than SQL databases. They can handle a wider range of data types, which makes them a better choice for apps that need to process unstructured data.

SQL databases are more efficient when it comes to accessing and querying data. Therefore, if your app requires frequent queries, then an SQL database may be a better option.

SQL databases are more stable and reliable than NoSQL databases. They are better suited for mission-critical applications that require high performance and uptime.

Which Is Better for Enterprise Apps, SQL or NoSQL?

SQL is better for enterprise apps than NoSQL. It has more features, it is more powerful, and it is better suited for large-scale deployments.

Which Is Better for Small Apps, SQL or NoSQL?

NoSQL is better for small apps than SQL. It is easier to use and it does not require a server to run. It is also more optimal on smaller devices and in low-bandwidth environments.

In general, SQL is more powerful than NoSQL. So if you need a database that is more versatile, SQL would be the best option. If you are looking for an easier-to-use database that can handle large amounts of data, NoSQL would be a better choice. Ultimately, the decision as to which database to use is up to you.

Looking for a way to speed up your decision-making process when it comes to SQL vs. NoSQL? TECLA can help! We have a great community of qualified software engineers who can help you make the right choice for your business. Contact us today to learn more!