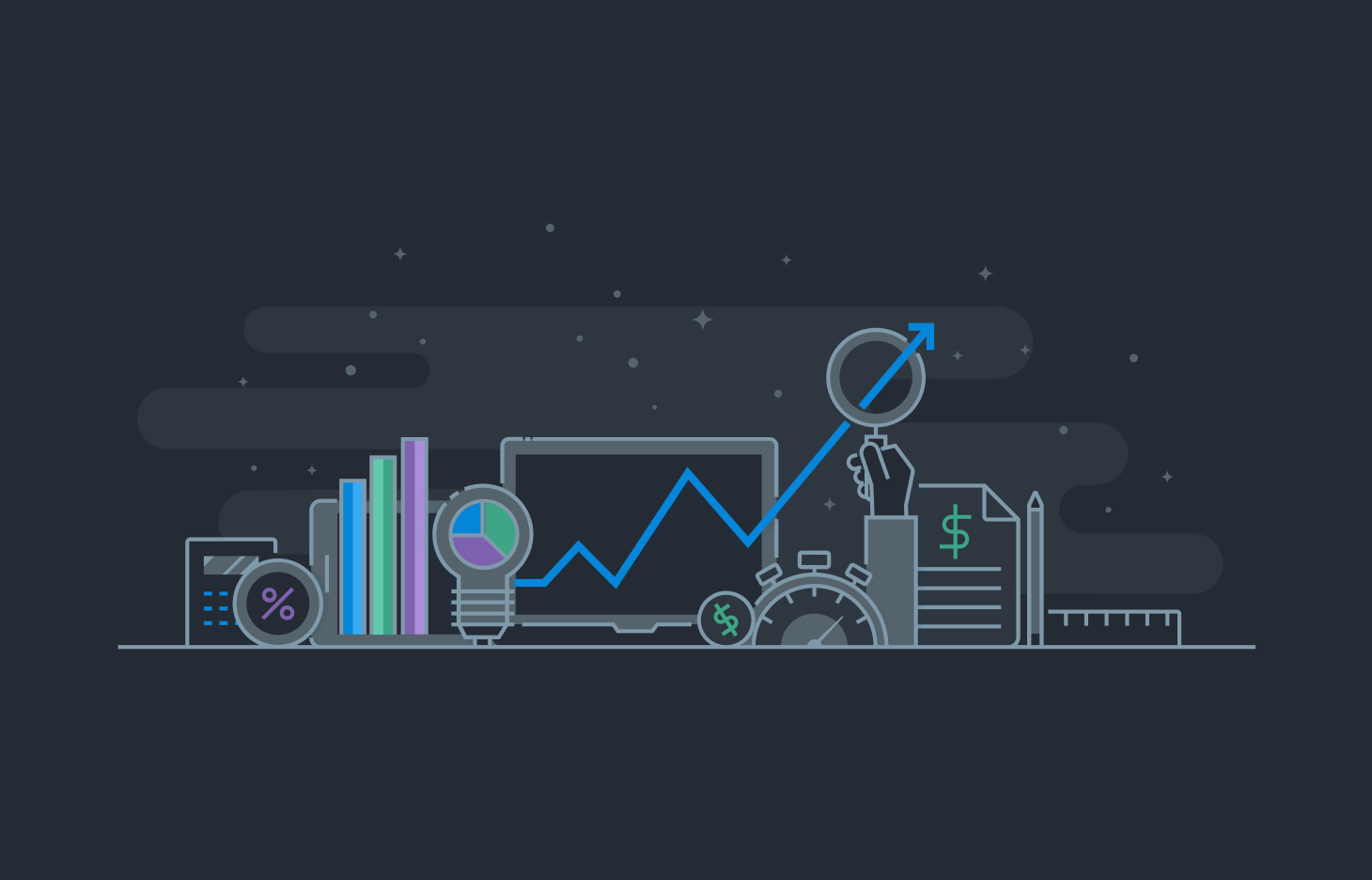 In 2012, data scientist was named the “sexiest job of the 21st century.” Since then, job openings for this role have skyrocketed by an incredible 650%. There’s no doubt: the demand for data scientists is extremely high. Today we’ll analyze the data science job market so that you understand the current trends and can better attract top data science talent.

Why the Demand for Data Scientists is High

Ever since the internet has taken the spotlight, data has become key for companies across industries. Every action that a user takes online can now be tracked, leading to huge amounts of data. These metrics of human behavior are sorted and analyzed by a data scientist using computer methods. The results then feedback into how a company provides services or sells products. This so-called “big data” is used in almost every industry and not just in the IT world. With the growth of the internet, the need for data scientists has become imperative.

Besides the rise of data online, the demand for data scientists is also linked to new technologies, including Artificial Intelligence. The creation of successful AI relies on understanding and structuring data. In particular, the use of models and algorithms for machines is supported by data scientists who optimize the technology so it can correctly consume data. While relatively new, AI is a key tech trend that will need more data scientists to fill the skills gap. 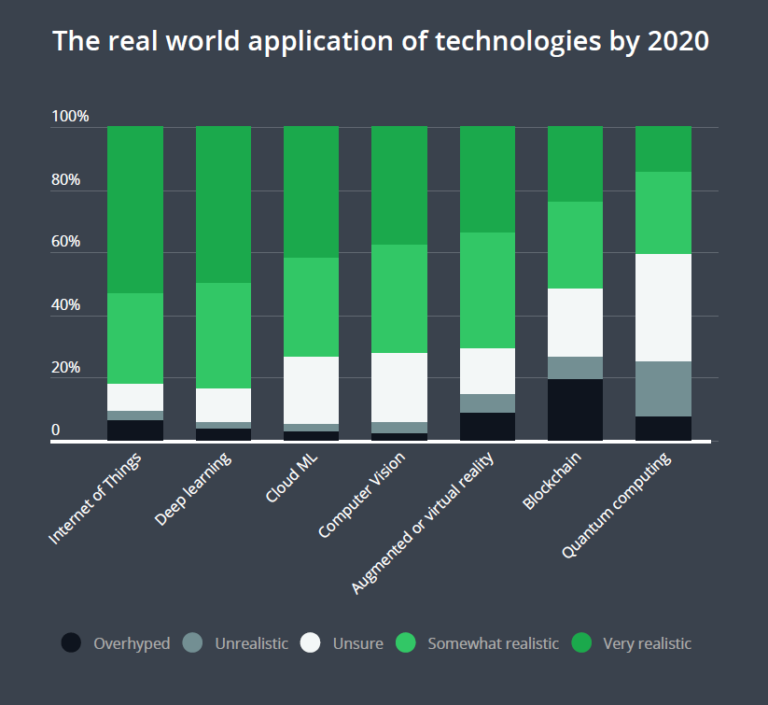 Big data and AI are the major factors in the growing demand for data scientists, but other related tech trends are also driving the need. For example, the internet of things and deep learning are just two trends that are very realistic for 2020. In addition, cloud ML, computer vision, augmented reality, blockchain and quantum computing are other areas that are being investigated and explored for the near future. All these trends require a data scientist behind them.

Hoping to hire data scientists for your team? You may find this task more difficult than you think. According to a study by IBM, the world needs 28% more data scientists worldwide by 2020 to meet growing demand. This skills shortage means that attracting top talent can be tricky, as candidates are courted by many companies, including data science companies and data science consulting firms.

According to a report by LinkedIn, there’s a shortage of 151,717 people with data science skills in the U.S. In particular, the cities of New York, San Francisco, and Los Angeles had significant shortages. This means that the U.S. alone won’t be able to keep up with the growing demand. Think this number is high? IBM estimates that by 2020, there will be 2,720,000 job openings available for data scientists. It’s clear that the U.S. may have to look elsewhere to get top data science talent.

By breaking down the job openings further, we can see that data skills are most needed in the new field of machine learning. In fact, these jobs are growing x9.8, the fastest of any data science-related field. Traditional data science is a step behind machine learning at x6.5. See the complete list below to get a better idea of the range of data-driven jobs now on the market. 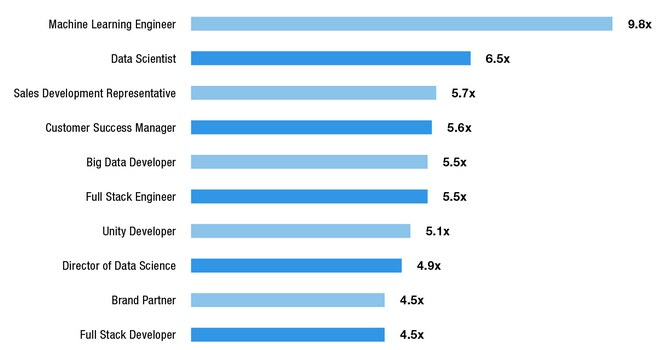 Data scientists are needed in just about every industry. By looking at the demand of different data science categories, we can see three industries jump out: finance, professional services and IT. However, this leaves 41% of the demand in other industries, including health care and retail. This is significant because it shows that data science jobs are integral to across industries. 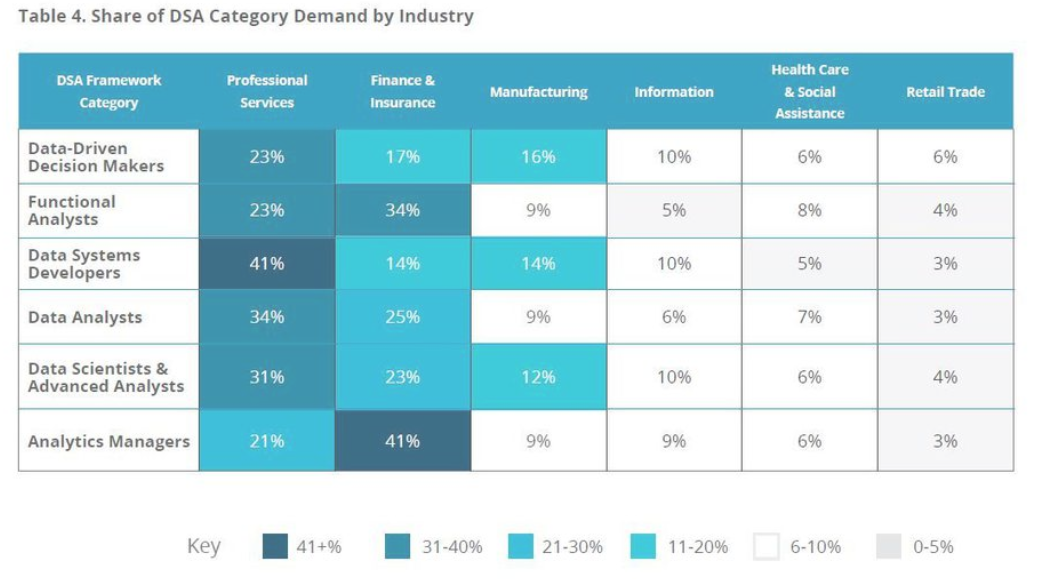 Finally, according to a report about job satisfaction, data scientists were the most satisfied when working in the IT industry.

Data scientists require a unique combination of skills, including technical and analytical skills. Traditionally, these skills are siloed in universities, which accounts for the rare skill set that a data scientist needs.

A typical project for a data scientist involves modeling or measuring something in order to optimize it. This could be as simple as finding out which email will generate more engagement, or optimizing the check-in system for a hotel. A data scientist’s recommendations could be used for human decisions - for example, for a product team - or be applied to optimize a digital system. According to the Harvard Business Review, on a daily basis, a data scientist may:

In order to complete these tasks successfully, a data scientist should have the following skills. 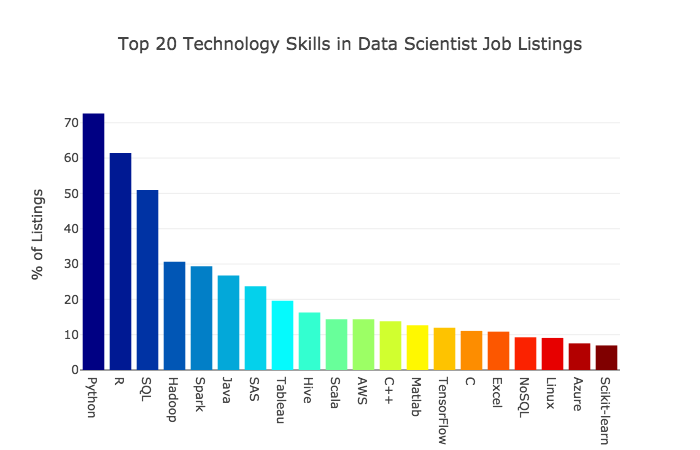 According to job openings, the top technical skills that a data scientist must have are Python, R, and SQL. By far, these are the most common skills today. However, data scientists can enrich his/her background by knowing other programming languages and databases, including those listed above: Hadoop, Spark, Java, SAS, Tableau and Hive, etc. Some data scientists have programmer backgrounds and may know a variety of languages, including the popular MERN stack, for example. In any case, the combination of modeling and programming is essential for any data scientist. 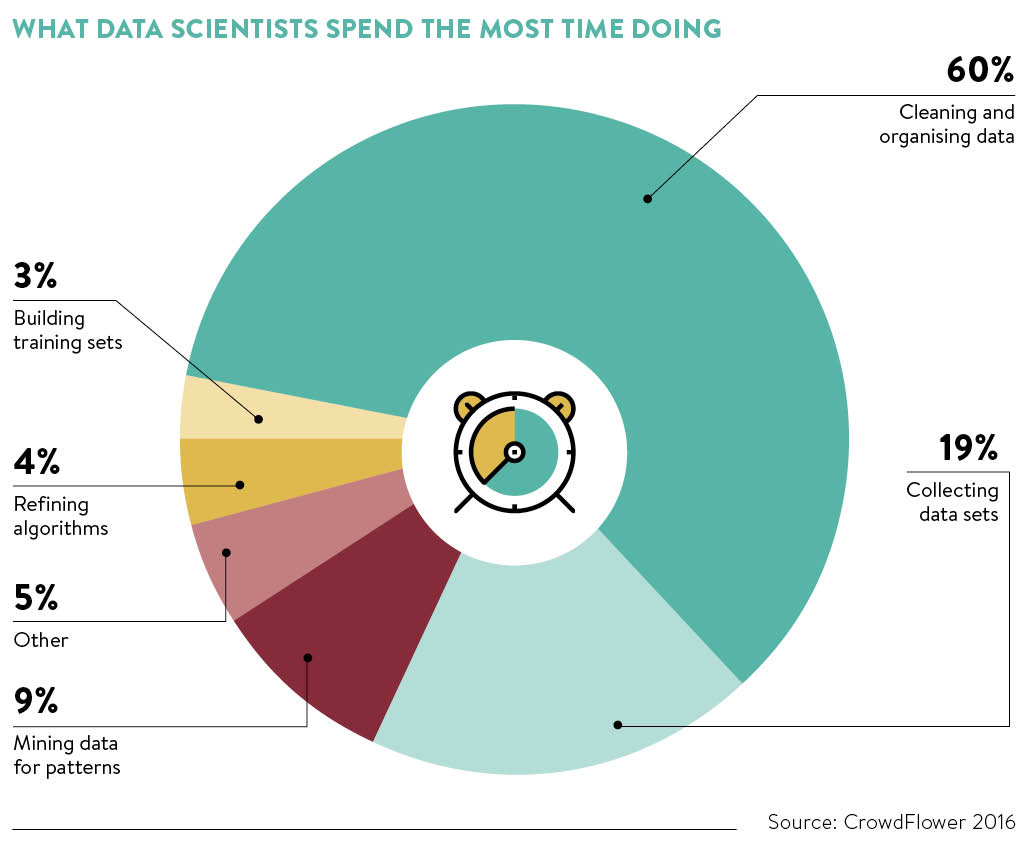 According to CrowdFlower, data scientists spend 79% of their time collecting, cleaning and organizing data. These analytical skills, based in technical methods of course, take up the majority of their time and are the most essential. In addition, a data scientist may mine data, refine algorithms or build training sets. 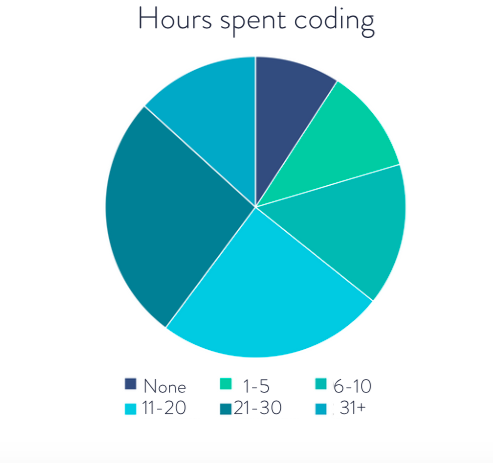 Data scientists may not make business decisions, but they often give recommendations based on the data. This ability to extract takeaways and get to the bottom of the numbers is incredibly important. Being able to zoom in and out of the data to see the details but also the big picture is valuable for companies.

What to Look for When Hiring Data Scientists

Hiring data scientists can be a challenge. In fact, data science jobs remain open five days longer than the market average. Given the level of competition for nabbing the good candidates, you should approach the search for a data scientist with a lot of thought.

To hire data scientists, it’s important to think about the needs of your business. Every company or data science company has a slightly different structure to their data department. In addition, you may need a full-time data scientist, a data scientist consultant or a freelance data scientist to help you with a specific project. However, some factors you should consider include:

Make sure your candidates know their stuff. Any candidate should know the major tools, programs, and databases. Having knowledge in extra programming languages is a bonus, too.

The candidate should be able to think in terms of your business goals. It’s easy to get lost in a data set. Be sure your candidate is able to see the big picture needs of the company.

You should also look for a candidate who can potentially mentor and lead your data team. Since data science is a new field, you’ll want to establish a team with a range of skills and a leader to manage them.

Data science is always changing with technological advances. You’ll want to hire somebody who understands these changes and is able to adapt to them. Without this attitude, your candidate’s skills will become obsolete in the future.

Is Outsourcing the Answer?

Experts estimate that companies can save up to 50-60% by outsourcing their data scientists. One thing is for sure: there aren’t enough data scientists to fill the skill shortage, especially in the U.S. Because of the high demand, salaries are often inflated in the U.S. as well.

Looking into talent worldwide could be a win-win solution for your company. As you’re searching for your next data scientist, be sure to check out online job platforms for data scientists. Data science recruiting can be tough, but platforms such as Quantic help connect employers to talented data scientists across the world.