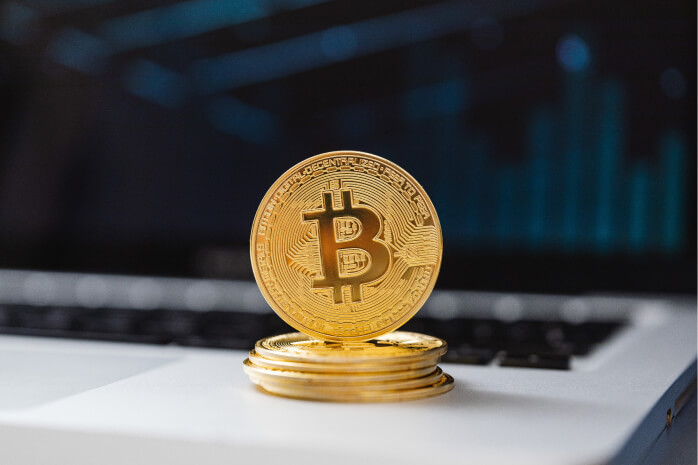 Blockchain technology has drawn the attention of software developers in recent years because of its robust capabilities in handling large amounts of data, ensuring integrity and security, and offering a decentralized platform for transactions. Many companies use blockchain to support their eCommerce projects, social media platforms, and even financial transactions. To leverage blockchain development in innovative use cases, organizations need to comprehend the programming languages best suited for their upcoming projects. Here are 5 of the most popular blockchain source codes being utilized by start-ups and enterprises today.

Solidity is very stable and one of the most used programming languages recommended by blockchain developers worldwide. Most users prefer it because you don't necessarily need to be tech-savvy to gain the skills to adhere to the language. However, professional experience might be an added advantage.

This language is statically typed curly braces specifically designed for developing smart contracts, which is excellent at running Ethereum Virtual Machine (EVM). Smart contracts can also be used in storing all logic used in blockchains, making Solidity one of the top and best blockchain coding options. The smart contracts run on other blockchains are easily portable with only one line of code.

The language was proposed in 2014 by Gavin Wood but gained influence from C++, PowerShell, and Java. Today, more than 200 thousand blockchain developers use this powerful programming tool, and the number is projected to rise exponentially.

Ready to get started with blockchain development? Get matched with top LATAM software developers on TECLA.

Java is a programming language and one of the best languages for smart contracts. It is used in framing prominent blockchain programming of Hyperledger Fabric, Ethereum, NEO, IOTA, and countless games and applications.

Java can be used in most web systems as a ubiquitous tool, allowing the developers to manage app logic and dodge the need to concentrate on integration. Java programmers are also flexible in writing and exporting code to numerous blockchains, which is why most blockchain companies use Java to develop their applications.

Java was discovered by James Gosling in 1995 and is currently used by over 10 million developers, and more than 15 million Java devices are running across the world.
‍

Python has been deemed the best programming language for amateurs because it is easier to use and has comparatively shortcodes. It is popular for developing blockchain-based projects and smart contracts, often in crypto exchange development.

According to PYPL and TIOBE ratings, Python is among the top five best blockchain development languages in 2021. It is a versatile and robust language that can significantly reduce development time and offers frameworks and open-source support with libraries without sacrificing security or performance.

The demand for blockchain development is rapidly growing. If your business requires blockchain programming skills, TECLA can help recruit top talent for your team. Learn more about our recruitment service here.

C++ was discovered by Bjarne Stroustrup in 1985 and has become one of the top programming languages for developing blockchain apps. The language is decently abundant in multi-threading, function overloading, and run-time polymorphism.

C++ is easy to use and flexible, as it allows users to manipulate data and code by either giving them full access or some limited aspects according to their needs. For example, it can be used to code bitcoins and other cryptocurrencies like Ripple's XRP Ledger and Ethereum's smart contracts, which store all transactional information.

Golang, also known as Go language, is a statically typed and compiled multithreaded programming language that allows different parts of blockchain to run effectively, faster, and concurrently. It is a popular blockchain Programming development language preferred by many developers because of its prominent features.

Go is user-friendly, rapid, non-rigid, and easy to use, especially for beginners. Its highly appreciated programming developments are Hyperledger Fabric and Go-Ethereum.
‍

When choosing the right programming language for your blockchain project, there are many factors to consider. The decision you make will have an immense impact on how successful, fast-paced, and scalable (to name just three) your project will be!

If you require expert advice and guidance on which programming solution is best for you, lean on our senior developer community at TECLA. Contact us today to begin hiring for your blockchain development.