How Powerful is Node.js? Should I Use it on Our Backend? 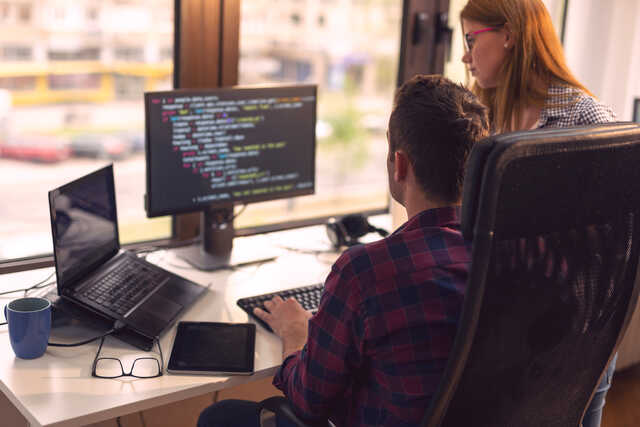 Putting together a powerful tech stack is a critical task for any CTO, Founder, or VP of Engineering. Without the right frontend and backend technologies in place, the final product may face delays, implementation challenges and extra development costs.

To meet enterprise-level needs, Node.js has become a top alternative to empower businesses’ backend development. Node.js is an appealing choice because it supports JavaScript coding on both the client and server sides, leading to highly efficient web development time.

Here we’ll analyze Node.js to guide any tech decision-maker through the possibilities of this popular backend environment.

Built by Ryan Dahl in 2009, Node.js is an open-source, cross-platform JavaScript runtime environment. Though it’s a relatively new technology, it’s become a popular pick for businesses looking for scalable, real-time solutions. Today, Node.js supports millions of websites, including Fortune 500 apps such as Twitter, PayPal and Zillow.

Ultimately, Node.js enhances backend development and attains business results through a range of robust, scalable features that we’ll discuss below.

The success of Node.js hinges on its unique I/O model. Unlike other JavaScript environments, Node.js can handle multiple simultaneous requests in and out of the web server (I/O). It does this by running all requests on a single thread, supporting thousands of simultaneous connections. In this way, Node.js supports ultra-fast and efficient performance for backend development.

Given its single-thread architecture, Node.js is well-suited for handling large amounts of data and traffic. Even when distributed devices are involved, Node.js performs at extremely high speeds and syncs quickly across client and server sides. For real-time or large-scale enterprise solutions, Node.js is a best choice JavaScript environment.

Node.js acts as a bridge between frontend and backend development, as teams can use JavaScript code for both sides. This allows businesses to build cross-functional teams with full-stack JavaScript capabilities. By using Node.js for server- and client- side scripts, teams can unify their efforts and enjoy reduced costs and time-to-market.

Ready to put together your development team? Get matched with top Node.js talent and prepare to interview candidates on TECLA.

Node.js is ideal for businesses that want to begin by building their MVP, or plan on handling extreme growth.

To start, Node.js developers can seamlessly create cross-platform apps without expertise in other programming languages. Code can be shared across operating systems (such as Windows, macOS and Linux) and desktop apps can be built without knowledge of C# or Objective-C. Moreover, Node.js development experts can leverage Google Chrome Developer Tools to achieve even more streamlined coding and debugging.

Node.js is also supported by a unique microservice architecture that can split the app into smaller, self-contained units. These units can be independently developed and deployed, making it more efficient to scale new features for a product. For example, these units can be assigned to different teams without impacting the larger Node.js application, allowing businesses to swiftly move forward with new features.

Reason #5: Speeds up development time through the NPM and active community.

The NPM (Node Package Manager) places robust tools and modules in the hands of Node.js developers, streamlining coding even further. The NPM includes open-source modules that can be utilized in order to speed up desktop and web development. This toolkit also includes ready-made APIs that are suitable for Node.js backend development, so developers can boost functionality without starting from scratch.

Best use cases for Node.js

Given these key features, Node.js backend technology is ideal for businesses developing products such as:

The desktop and web apps above are best served by Node.js, though it’s an excellent solution for any enterprise-level projects that require ultra-fast processing and full-stack capabilities.

FAQS about backend development with Node.js

How powerful is Node.js?

Node.js is a powerful backend solution for businesses that want to boost full-stack capabilities for their team. Because Node.js runs both client- and server- scripts, developers can seamlessly code between them.

Why is Node.js so popular?

From a business perspective, Node.js is a popular choice because it has such strong performance. With event-based, single-thread architecture, Node.js supports extremely fast processing. It also speeds up desktop and web development time with its full-stack potential, cross-platform capabilities, robust NPM toolkit and active Node.js developer community.

What is Node.js NOT good for?

Backend development with Node.js isn’t the perfect solution for all situations. Overall, it’s not ideal for CPU-intensive apps or apps that process a lot of numeric data.

Some critics of Node.js also suggest that this technology isn’t mature enough. Launched in 2009, Node.js is still relatively young, but its NPM modules, documentation and forums become more robust every year.

So, should I use Node.js on our backend?

Every development project is unique, so CTOs should build a tech stack that makes sense for their product’s parameters. Node.js is particularly beneficial for large-scale, high-traffic apps and has seen top-notch outcomes for innovative projects involving IoT, real-time monitoring, and audio/video processing. Overall, it’s a best choice for building scalable apps for businesses, especially if your team is cross-functional or could benefit from full-stack capabilities.

Kick off your Node.js development project

Node.js may be the ideal backend solution to power your business’ next large-scale development app. If the best use cases above describe your project, you’re on target to build an ultra-fast, scalable and low-cost app using Node.js.

As you prepare to kick off your development project, your team will require top Node.js developers who understand your business requirements. Leverage our expertise at TECLA to find the best Node.js talent and put together an elite team to power your backend needs.